From: 30 335 Rands Per Person Sharing
Per Person

Visitors are met on arrival at O R Tambo International airport by the tourAfrika guide for the 10 Day South African Birding Tour. We head-off to the southeast across the Mpumalanga province, touching down on the tranquil small town of Wakkerstroom in the late afternoon. Wakkerstroom, offers all interested Birders the opportunity to search for some of the vast number of common species in the area to the vulnerable and endangered species such as Rudd’s and Botha’s Larks, White Winged Flufftail, Blue and Wattled Cranes and the Bald Ibis. Your overnight accommodation is situated on a six-hectare farm that mergers the lovely grasslands and wetlands that portray the area. Martin’s Dam is only 100m away, yielding spectacular views. 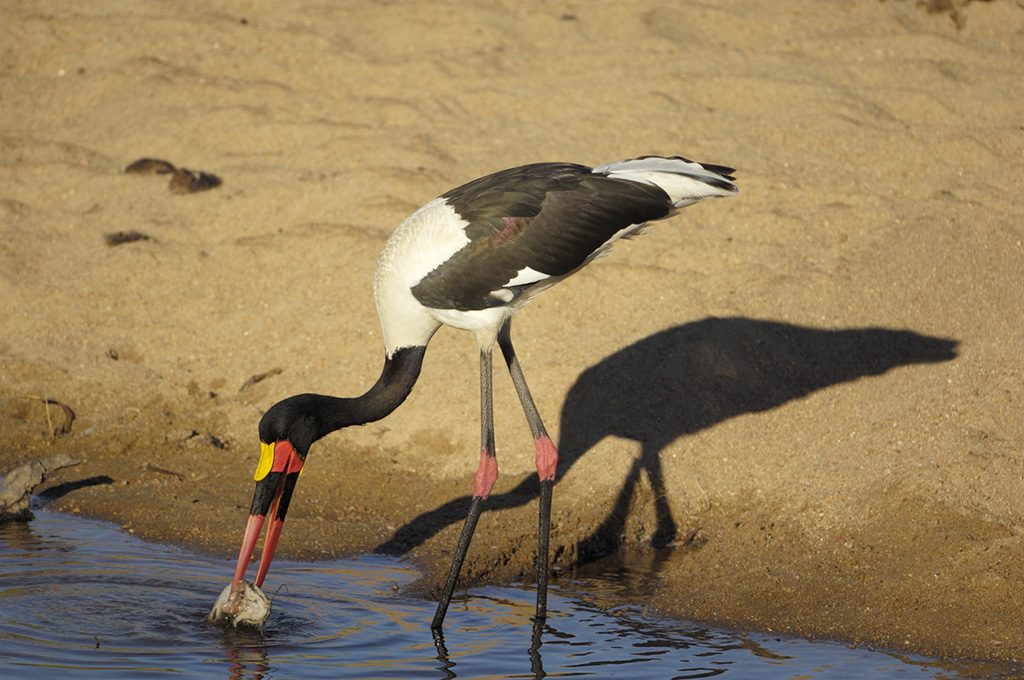 Awaken to the idyllic soundtrack of wetland birdsong this morning. 41 other Southern African endemics or near-endemics occur in the area, including rare cranes, herons and a songful kaleidoscope of other wetland and grassland species. You may visit and feed the alpacas at a closeby home-spun yarn farm if you would like to adjust your tour to gain knowledge on the natural produce they generate. With abundant trout farms in Wakkerstroom the town is referred to as ‘a fly fisherman’s dream’. Visitors may hike up Ossewakop (oxwagon head), a leisurely route up the mountain that oversees the town.

In morning after breakfast, the birding tour heads-off to northeast crosses over Piet Retief and then turns towards the southeast, descends on the border of Swaziland and KwaZulu-Natal. The road is extremely charming, and amazingly green and progressively becomes subtropical as the road approaches the coast. Fruit plantations and sugarcane flourish as you enter KwaZulu. In the afternoon we arrive at Ghost Mountain Inn which located near the Mkuze Game Reserve. The hotel is christened after the commanding Ghost Mountain. The Ndwandwe tribe, headed by the Gaza family, had their home beneath this mountain until they were conquered by Shaka in 1819 and the head of the family, Soshongane, fled with his followers into Mozambique, where he founded the Shangaan tribe. From early times it had become customary to bury the bodies of Chiefs on Ghost Mountain. High on its slopes there is a taboo cave, used as a tomb by generations of the Gaza family. Soshongane and his descendants, although they lived many miles away in Mozambique, were carried back to the Ghost Mountain when they died.

After breakfast, we embark on a birding safari in the Mkuze Game Reserve. Mkuze thick dense bush, grasslands and pans gives one a feeling of being in the true Africa of yesterday. An incredibly 400 plus species of Birdlife may be encountered, Mkuze and the surrounding area are a celebrated birding utopia. Mkuze Game Reserve also offers one a chance to enjoy one of Three hides that have been placed within the reserve, a great place to witness animal species and Birdlife. Visitors may sight a variety of other creatures during their feathered pursuits, including the Big Five. The Fig Forest Walk will definitely prove to be a high point. We head back to Ghost Mountain in the late afternoon after a full day in this astonishing wilderness. 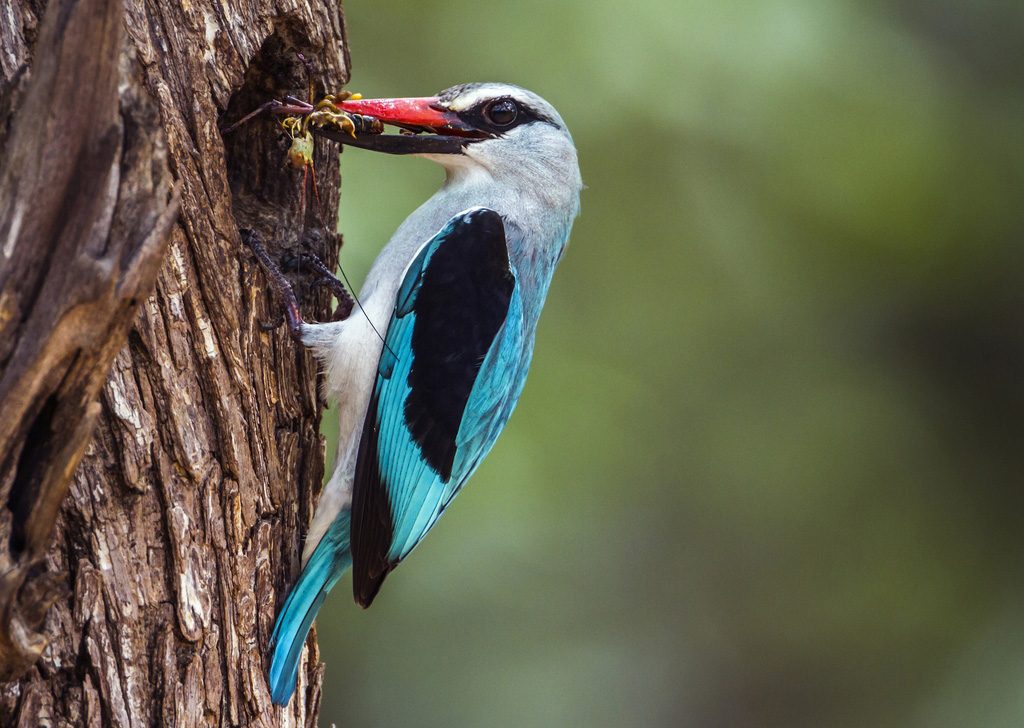 After breakfast we undertake a brief trip north to Lake Jozini, one of South Africa’s biggest dams. Bordered by the magnificent Lebombo Mountains, the setting is accurately spectacular and augmented by the presence of hippos, elephants and crocodiles swimming and absorbing in the dam’s abundant waters. he animals around Lake Jozini, elephants and buffalo in particular, are so accustomed to fishing activity that game-viewers on the water can get within spitting distance without causing a stir. Lake Jozini also offers fantastic tiger fishing possibilities, which may be arranged in advance.

After an early morning breakfast, visitors depart for Richard’s Bay Airport. After a two hour drive, visitors board a flight back to Johannesburg and upon arrival they are met and shuttle transferred to the Royal Elephant Hotel in Pretoria. Visitors may decide to first visit the Pretoria National Botanical Garden on route to the hotel – a birder’s Eden in the heart of the city with over 220 recorded species – or proceed directly to hotel and spend the afternoon at leisure.

After breakfast, visitors are shuttle transferred to the Magaliesberg area which is almost two hours from Pretoria. The Magaliesberg are among the oldest mountains in the world, almost 100 times older than Everest. They stretch for 120km from Bronkhorstspruit Dam east of Pretoria to Rustenburg in the west and separate the highveld grasslands to the south from the bushveld savannah in the north. The earliest recorded hominids roamed the area at least 2 million years ago.  More than 400 species have been recorded in the area, and they comprise birds from both the bushveld and the highveld as well as those which are particularly associated with montane country. In addition, there are large numbers of waterfowl and waders, which have been drawn to the area by the irrigation projects and the many smaller farm dams.

In the two days we focus on sightseeing the Magaliesberg. With an extensive network of walking trails throughout the farm, and thereby creating ample platforms for birding possibilities. There is also a bird sanctuary on this location where The Feathered Nest house injured or orphaned birds such as black hawk eagle, heron, owls and dikop. Other interest that can be arranged and booked nearby cover elephant-back safaris, canopy tours, quad bike tours, and hot-air ballooning. 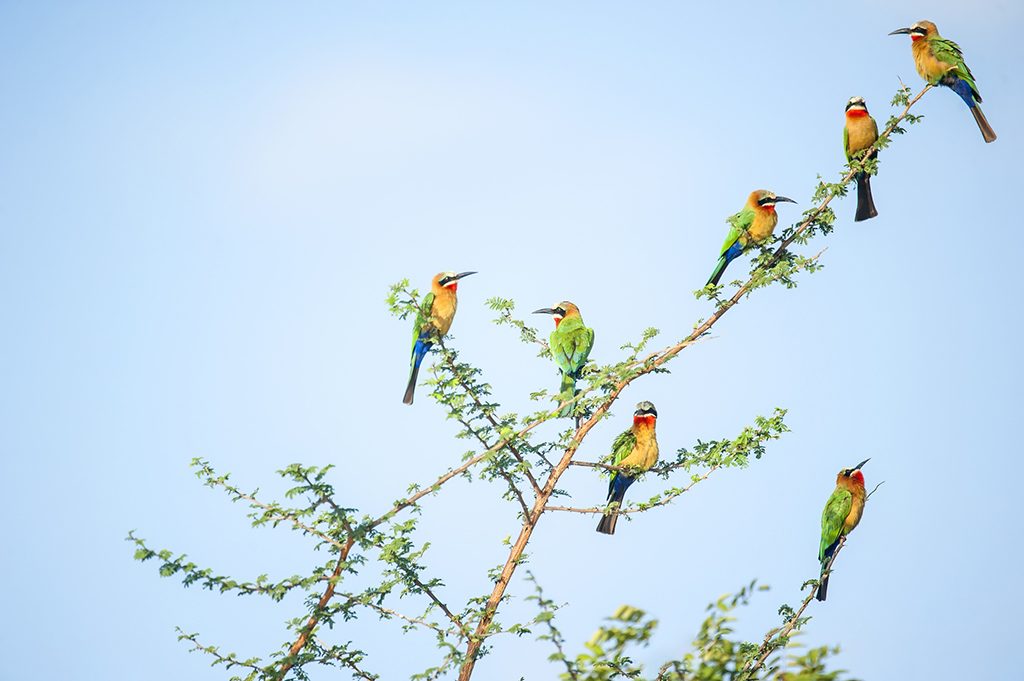 After breakfast, visitors are shuttle transferred to any address of their choice in Johannesburg or Pretoria after an exceptionally unforgettable tour of the best South Africa’s birding spots.

Trek South Africa’s southern shoreline from Mother’s City, Cape Town to the Eastern Cape’s Addo Elephant National Park. As you voyage between you will adore the chiselled captivating of the Overberg and the exciting exploits of Garden Route territory. Addo delivers the prospects to sight Africa’s majestic Big Five.

15 DAY WORLD IN ONE SOUTH AFRICA

15 DAY WORLD IN ONE COUNTRY
A customary tour that delves into South Africa’s most exhilarating attractions over two stimulating weeks. The overland trip is led by an experienced and highly knowledgeable tourAfrika guide, who will showcase the country’s remarkable characteristics from Kruger Park to Cape Town.

10 DAY SOUTH AFRICAN BIRDING TOUR
We use cookies on our website to give you the most relevant experience by remembering your preferences and repeat visits. By clicking “Accept”, you consent to the use of ALL the cookies. Read More
Do not sell my personal information.
Cookie settingsACCEPT
Manage consent