Okavango Delta oasis is a unique pulsing wetland with superb wildlife. It is the world’s largest inland delta comprising a confusing myriad of rivers, channels, lagoons, islands, floodplains, permanent marshlands and wealth of diverse habitats home to big game, rare birds and aquatic animals. It is a geographical marvel because it has an intact wetland system which does not flow into the ocean.

The Okavango Delta (also referred to here as the Delta) is one of the largest remaining inland wetland ecosystems in the world. The water source for the Delta is in the Angolan highlands, from where the water flows in a south-easterly direction into the Okavango River. From here, it passes through the Caprivi Strip of Namibia before reaching the Delta in northern Botswana. The Delta has a maximum area of approximately 22 000 km². The total annual input of water into the Delta is estimated at 15 339 Mm³, of which 6 144 Mm³ are from rainfall. A unique characteristic of the Delta is that it does not flow to the sea. It starts and ends inland and is a unique and independent system. The Delta is surrounded by dry savanna, of which the composition and structure are heavily influenced by the various floodwater regimes. Some areas are perennially, seasonally or intermittently flooded, while other dryland areas are never flooded.

The long periods of available water and the delta’s nutrient-rich grasslands and floodplains have given rise to blossoming life, one Africa’s greatest concentrations of wildlife: the world’s largest population of elephants, hippos, and many threatened species such as the wild dog, black and white rhinos, and cheetahs. A great number of the 450 species of birds recorded on the delta including globally threatened, such as slaty egrets and wattled cranes. This diversity is no accident; it is closely linked to the exceptional diversity of habitats caused by the unique dynamics of the pulse of floodwaters during the driest season.

The Okavango Delta, Moremi and Chobe are Botswana’s most popular parks. The best time to visit them is from May to September, during the Dry season and winter, resulting in more moderate temperatures. In addition, the Okavango is flooded from June to October. 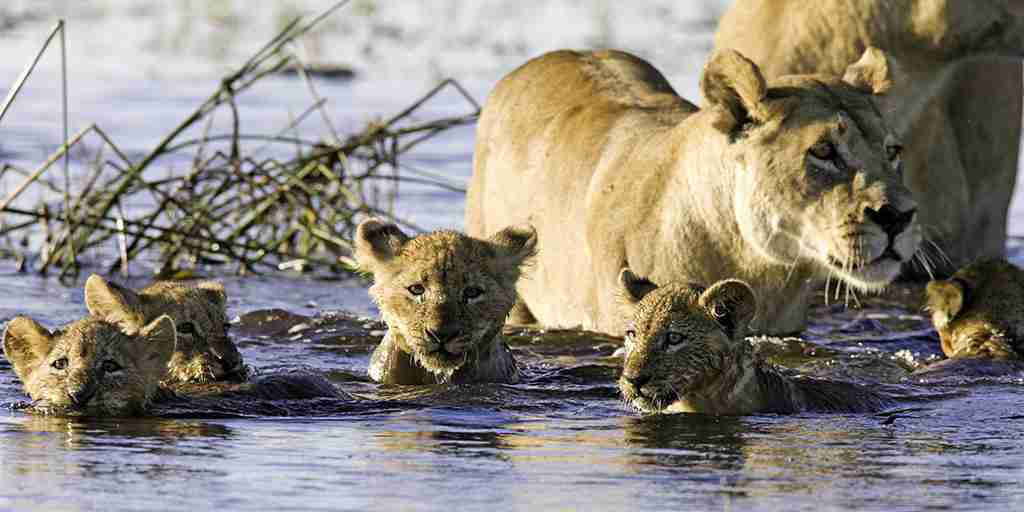 Okavango Delta is in the Africa country of Botswana; it is located toward the south of Africa, above South Africa. Okavango Delta is a large inland delta that formed in Botswana. This area is home to a lot of different groups of people coming from a lot of different cultures and backgrounds. Part of the Delta are becoming more and more populated over the years. Botswana is homes to some of the world’s most endangered species, such as the cheetah, white rhinoceros, black rhinoceros, African wild dog, and lion.

Millions of years ago the Okavango river use to flow into a large inland lake called Lake Makgadikgadi (now Makgadikgadi Pans). Tectonic activity and faulting interrupted the flow of the river causing it to backup and form what is now the Okavango Delta. The Okavango is a large alluvial fan, a broad low gradient conical surface, over which the river discharges. The Okavango Delta consists of two regions, namely the upper linear panhandle sections and the lower delta shaped alluvial fan.

The Okavango Panhandle is where the Okavango River is channelled between two steep banks before meeting underlying faultiness which cause it to spread out and form the Okavango Delta. This narrow river suddenly spreading to form the Okavango Delta looks a bit like the handle of a frying pan from which the area gets it name. The main attractions of the Panhandle is taking a few lazy days on a house-boat up the river, the excellent fishing and great birding opportunities. Game viewing is not the main focus here as there is little wildlife to speak of.

The Okavango Delta is actually a low gradient convex alluvial fan where the Okavango River discharges into a collapsed section of the earth’s crust related to the East African Rift Valley system. The water in lower delta is dispersed through the fan by a complex system of distributary which intersects the delta for form a mosaic of rivers, lakes, swamps, floodplains and islands. An abundant of wildlife is found on this part of the delta.

How do I get from camp to camp?

How long does it take to get from camp to camp?

The flying time between camps varies with some journeys being a simple hop taking just 5 minutes. Transiting from the east to the west of the delta takes appreciably more time.

Is fuel available in the national parks and game reserves?

There is no fuel available within the National Parks and Game Reserves. It is advised that at least on spare external fuel container is carried for emergencies. It should be noted that driving in thick sand or heavy mud is fuel intensive.

Should I visit the delta with my children?

Visiting the Okavango Delta is perhaps one of Africa’s most authentic safari experiences. For families this presents a great opportunity to spend time together in a unique environment and the experience can be life changing. We do not however recommend that young children visit the delta. Most safari outfitters will not permit children under the age of six and those that do place very heavy restrictions on activities for safety reasons.

What is the nearest airport?

Kasane airport is the nearest.

How long should I stay?

A safari to the Okavango Delta will often be combined with a longer safari to northern Botswana or even southern Africa more generally. The minimum stay in the delta should be three days if staying at a land and water camp. This will ensure that you get the most out of your safari. The average delta safari is between four and six nights. 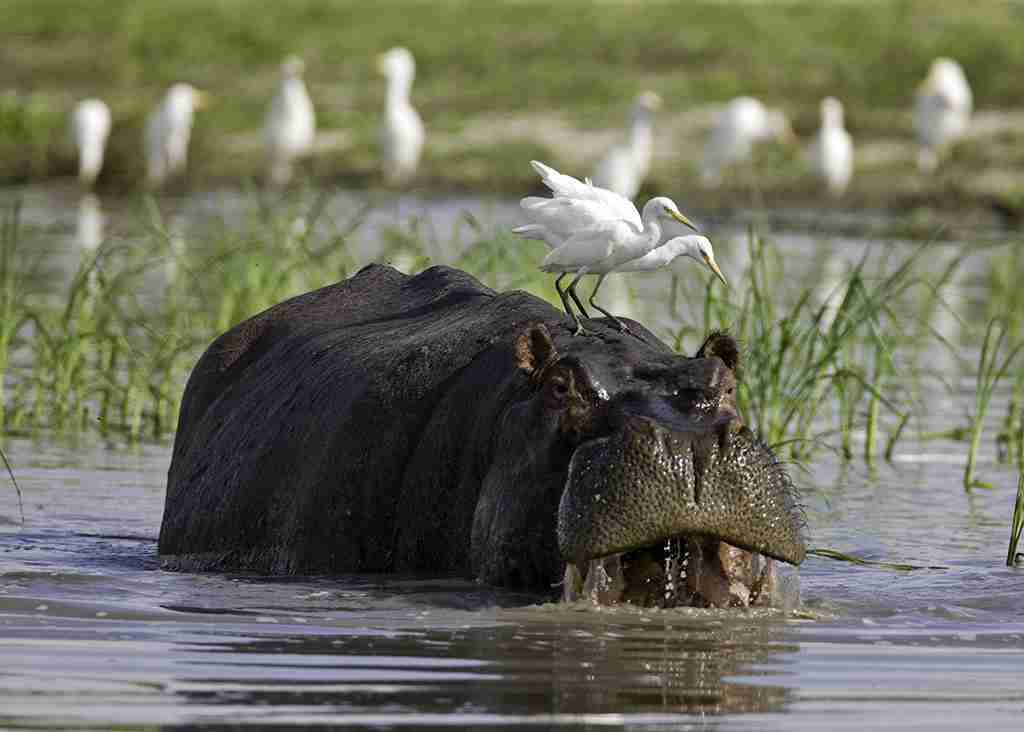 You experience two of Botswana’s most distinctive safari areas are coverred in this six-night, seven-day African safari package. Initially, you will adore the wild and wet Okavango Delta before relocating on to the little known …

Okavango Delta
We use cookies on our website to give you the most relevant experience by remembering your preferences and repeat visits. By clicking “Accept”, you consent to the use of ALL the cookies. Read More
Do not sell my personal information.
Cookie settingsACCEPT
Manage consent