0
View Photos
From: 76 810 Rands Per Person Sharing
Per Person

Whip through Namibia on an extravagant safari to both its most isolated and most mesmerizing destinations.

Visitors are met by a tourAfrika representative at O R Tambo International Airport in Johannesburg, from where they will be assisted with check-in for a flight bound for Windhoek, the capital and largest city of Namibia. Visitors are met at Windhoek Airport and are assisted in being transferred to their overnight accommodations in the city. The remainder of the day is spent at leisure in Namibia’s capital city. 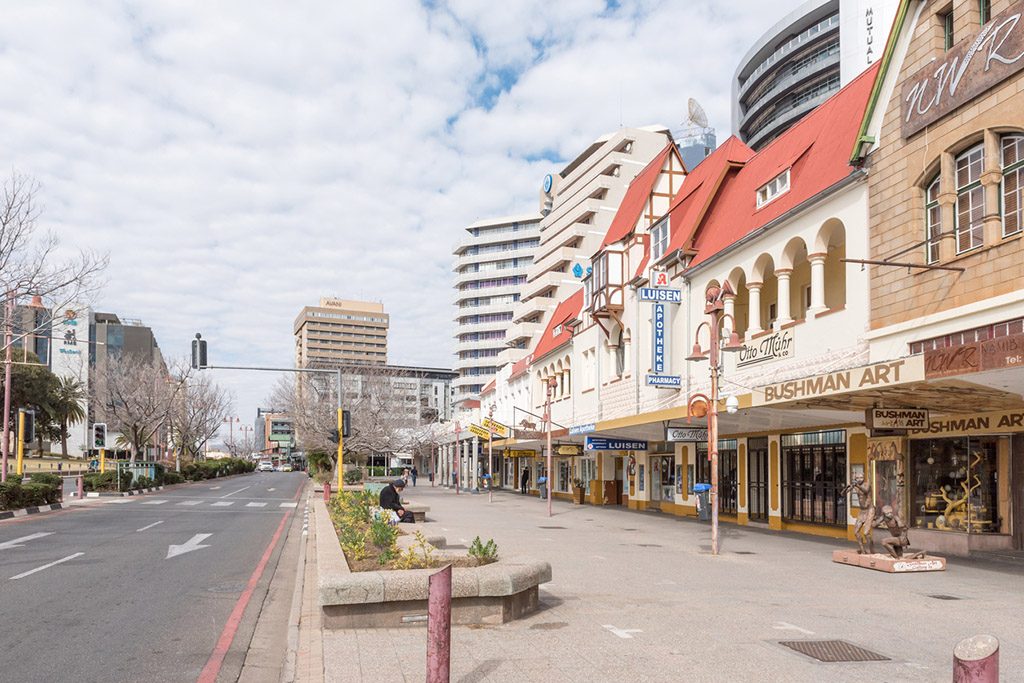 After breakfast, guests are transferred to Eros Airport for a charter flight to Sossusvlei. Sossusvlei literally translates to “dead-end marsh”, as it is the place where the dunes come together preventing the Tsauchab River to flow any further, some 60km east of the Atlantic Ocean.  However, due to the dry conditions in the Namib Desert the River seldom flows this far and the pan remains bone-dry most years.  During an exceptional rainy season the Tsauchab fills the pan, drawing visitors from all over the world to witness this spectacular site. Photographic enthusiasts are spoilt with a glassy “lake” holding reflections of the surrounding dunes.  The dunes in this area are some of the highest in the world, reaching almost 400 meters. When the pan fills it can hold water for as long as a year.

Led by Sossusvlei’s skilled rangers and naturalists, the afternoon is dedicated to sightseeing the desert landscape in open four-wheel drive vehicles.

The morning is devoted to an excursion into the famous Sossusvlei sand dunes – among the highest dunes in the world – and Sesriem Canyon . The name ‘Sossusvlei’ applies to an area that encompasses the great plain of the Tsauchab River, along with the red dunes that appear to be marching along like giant sentinels to the south and north of the plain. After experiencing the dunes on foot, the safari travels on to Sesriem Canyon. The canyon begins as an almost imperceptible, but nevertheless deep cleft in the level, stony ground and then widens until it finally flattens out onto the plain. Because it is so deep and sheltered, it often holds water well into the dry season – an invigorating sight in such a barren and stark environment. During the afternoon, we return to the lodge and enjoy leisure time.

The morning is devoted to an excursion to the famous Sossusvlei red sand dunes and Sesriem Canyon. In a number of areas surrounding Sossuvlei look out for the petrified dunes.  These are ancient dunes that are approximately 1 billion years old and have solidified into rock. Sesriem Canyon is situated approximately 4.5km from the entrance gate of the Namib-Naukluft National Park. The Tsauchab River has shaped the Canyon over millions of years and it is one of the few places in the area that holds water all year round. The canyon is narrow at places however it is worth exploring due to the stunning rock formations that will captivate your attention. In the afternoon we return to the lodge and after some time spent relaxing, we explore the area on quad bikes (four wheelers). The four-wheeler desert experience is followed by a transfer to the hotel in Swakopmund.

Visitors are transferred to a local airstrip for a flight to Ongava. Ongava is a private concession just outside the Etosha National Park. Etosha National Park main characteristic is the salt pan so large it can be seen from space. There is abundant wildlife that congregates around the waterholes, giving you almost guaranteed game sightings. The Park offers a complete contrast of wide open grasslands, a massive pan that covers 4731 km² and large camel thorn trees mixed with Mopani trees. This diverse vegetation accounts for the abundance of wildlife that thrives in the park.  Birders will love the rainy season in Etosha. After good rains the salt pans fills with water attracting a cloud of flamingos. More than 340 bird species have been counted in the park. Among the migratory species, the European bee-eater is possibly the most popular sightings. The game reserve is also home to the world’s largest bird, the ostrich, and the heaviest flying bird, the kori bustard. The late afternoon is dedicated to your initial open four-wheel drive safari in Etosha led by an experienced ranger and tracker.

The morning is devoted to a game drive in the Okaukuejo. The main attraction of this Okaukuejo is that it overlooks a permanent waterhole. Okaukuejo is home to a wide diversity of wildlife congregate and interact from lion to rhino to elephant and antelope. The spectacle starts at dawn, with animals coming in large numbers to quench their thirst. The afternoon is devoted to exploring Ongava, which is home to both black and white rhinos. Guests can enjoy an evening meal in the main dining area or outside under the stars. The waterhole is a perfect location for tripod Photography. It is not uncommon to view some elephants or rhinos while dining. These prehistoric-looking beasts are rarely found in the same area and the possibility of sighting both on the afternoon safari is certain to be a pinnacle of the day. 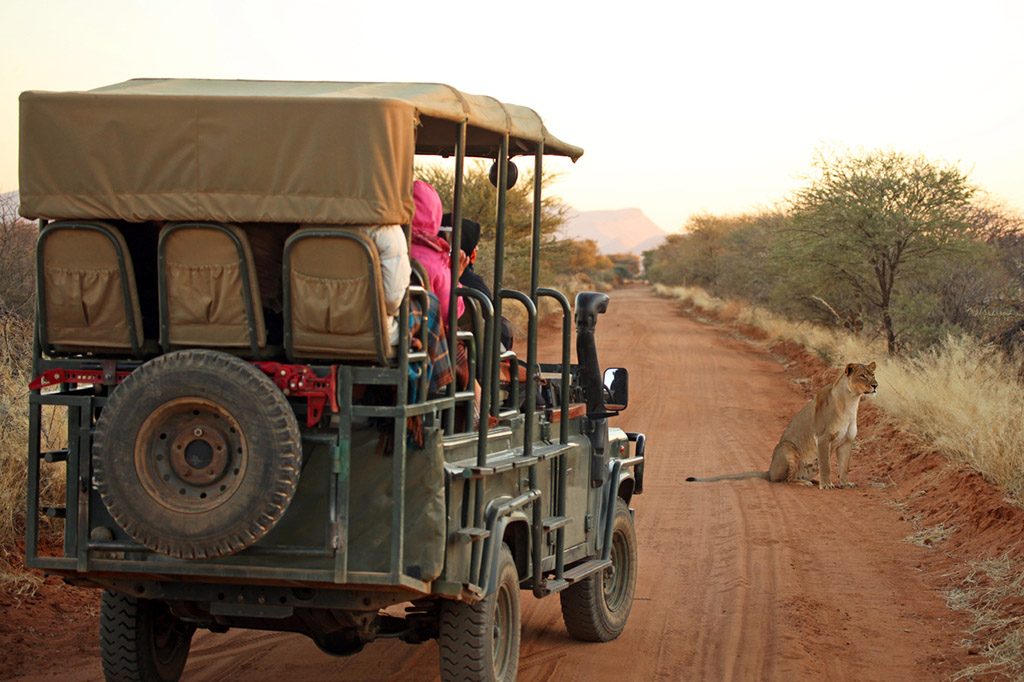 The day is once more spent sightseeing the area’s unique ecology from the back of open four-wheel drive vehicles and on a bush walk in the company of an armed ranger. Etosha, meaning “Great White Place”, is dominated by a massive mineral pan. The pan forms part of the Kalahari Basin, the floor of which developed some 1 billion years ago. The Etosha Pan covers around 25% of the national park and was originally a lake fed by the Kunene River. Etosha is not only one of the most sought-after parks in Southern Africa, but also has a remarkably high number of predators to herbivores. This fact offers guests a brilliant opportunity of experiencing thrilling confrontations between lion and impala, zebra, wildebeest or Springbok. The constant springs along the fringes of the Etosha Pan draw huge concentrations of wildlife and birds.

A final morning game drive is followed by a flight to Windhoek and from there an onward connection to Johannesburg. Visitors will be met by tourAfrika representative upon arrival at O R Tambo International and shuttle transferred to any location convenient to them in Johannesburg or Pretoria The Pinnacle of Namibia Safari is certain to be last eternally in your memory.

Post Views: 309
From: 76 810 Rands Per Person Sharing
Per Person
This tour's been viewed 309 times in the past week
Share this tour
1 User Online 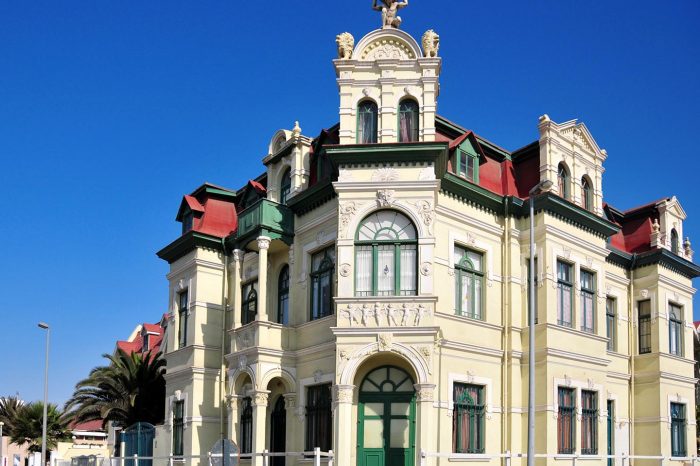 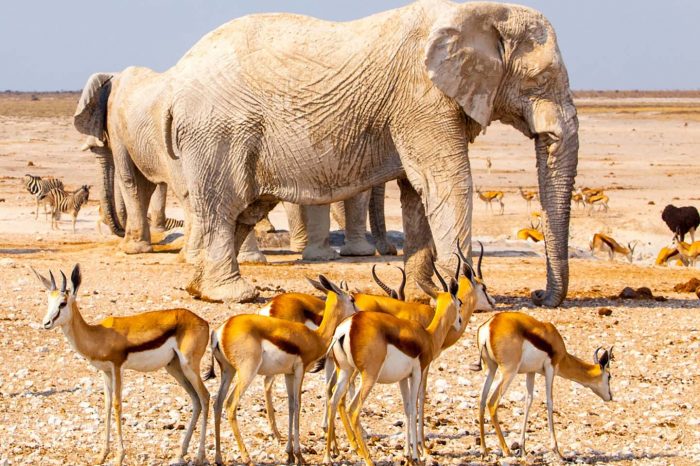 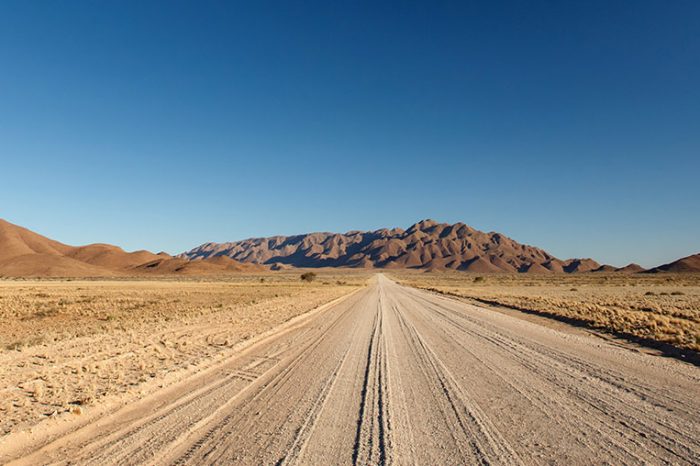 Namibia’s quite modern public services makes it probable to revel in a exhilarating private overland safaris in this exceptional country. This Namibia safari offers the most far-reaching view of the country and its main attractions, from the Fish River Canyon to Etosha National Park. 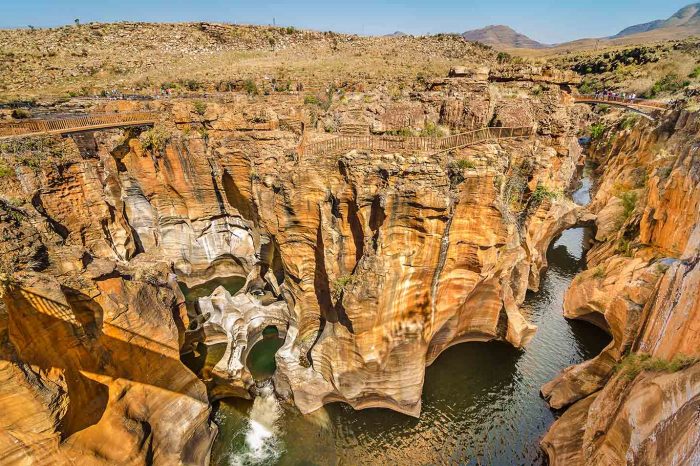