It seems unfair that the hippo didn’t make it onto the Big-5 list, don’t you think?

Surely, since they are the third-largest land mammal (after the elephant and the white rhino), are considered to be the most dangerous, can reach speeds of up to 30km/h over short distances on land, and can consume up to 68kg of food in one night, they deserve some recognition?

That being said, there are many stories and legends about the famous huge ‘River Horse’. One of my favourites being an African myth about how the hippo came to live in the water:

Many millennia ago, most of African animals lived together on land – very few, in fact,  could be found in the waters of rivers and lakes. 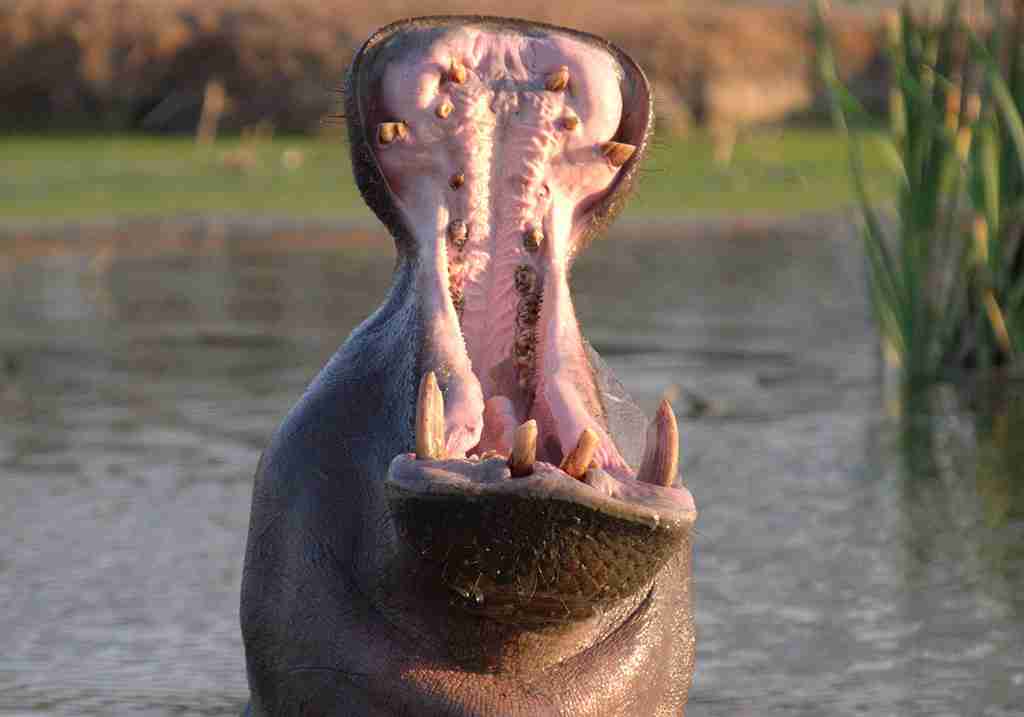 The baking hot sun caused a lot of discomfort, but many animals were lucky to have feathers, fur or scales to protect them from the energy-sapping rays. However, Hippo’s skin had none of that protection and as he grew in size, his skin stretched and became thinner and extremely sensitive to the harsh sun.

Finally, Hippo could endure it no more. He asked the Creator if he could live in the water to keep cool and protect his sensitive skin.

“You may”, said the Creator. “But you must ask the permission of those already living in the water as you are large and they fear that you will eat all their food!”

To allay their fears, Hippo explained: “Come on, guys! I don’t even eat fish! You know I only do greens which I find on the river banks.”

Hippo noticed the river inhabitants were still sceptical, so he decided to make a solemn promise: “I will open my mouth wide every day, in order for you to see that there are no fish bones or scales in my mouth! And, if this is what you really want, I will use my tail to spread my dung to prove that there are no bones…” he said.

That sounded acceptable to the rest of the river inhabitants and they were finally convinced. They gave him the green light, and from that day forth, Hippo lived happily in the water, opening his mouth wide every day and spreading his dung with his tail. After all, they asked for it…”

The next time you come across a hippo, take a moment to appreciate this incredible animal! 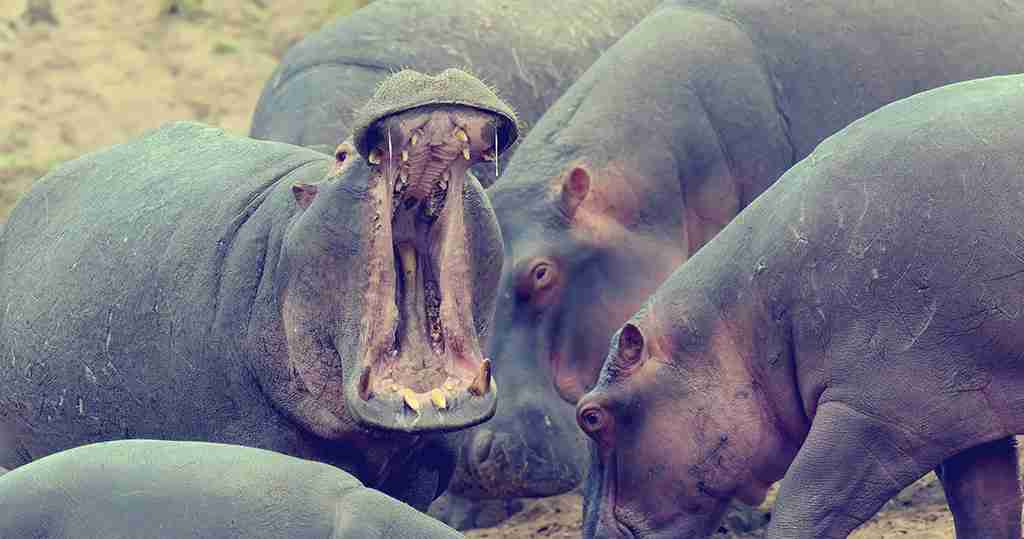 Here’s to hippo
We use cookies on our website to give you the most relevant experience by remembering your preferences and repeat visits. By clicking “Accept”, you consent to the use of ALL the cookies. Read More
Do not sell my personal information.
Cookie settingsACCEPT
Manage consent