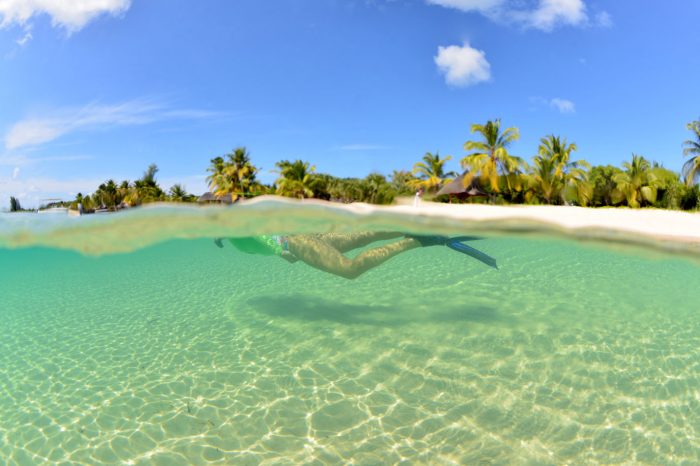 This is an exceptionally lavish island exploit, the Benguerra Island & Quirimbas Safari extends the pinnacle tropical portal of the coast of Southern Africa. The Bazaruto and Quirimbas archipelagos broaden across the Indian Ocean offshore … 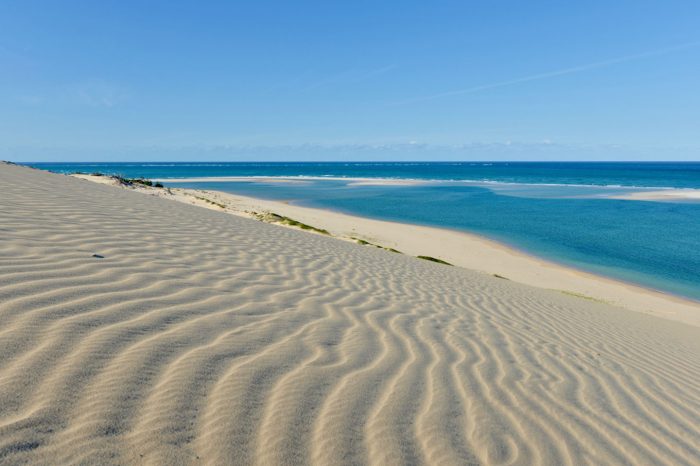 The extravagant Mozambique Safari is a jet-in safari package to the scenic Benguerra Island in Mozambique. This tropical utopia is the perfect beach retreat in Southern Africa. The island is positioned off the coast of … 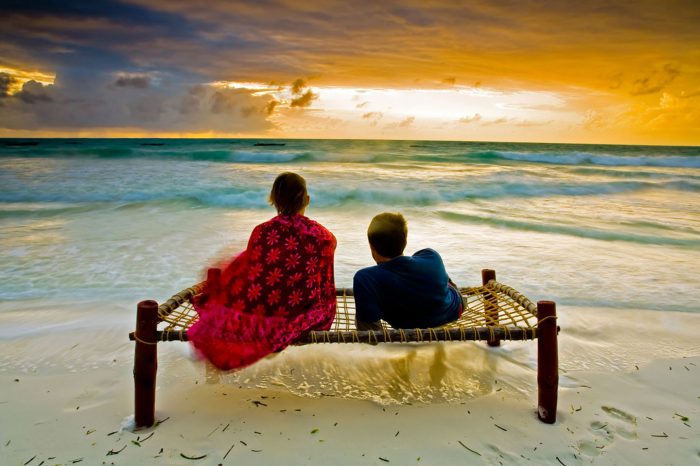 Pleasure yourself in a triple of African honeymoon experiences – the romance of the Victoria Falls and an awe-inspiring safari in Botswana’s Chobe National Park, finish off with just under a week of relaxing on …

As stunning as Quirimbas Archipelago is largely unknown and this island is rapidly becoming Mozambique’s hottest destination and offers all comforts of luxury resorts, warm white sandy beaches, and world class diving opportunities. Perfect island with a diverse range of beach resorts and hotels, biodiversity and exclusivity.

The Quirimbas Archipelago islands are situated off the coast of northern Mozambique close to Pemba on the mainland. Arab trading posts and Portuguese trading routes dominated the seas many decades ago and today many of these 34 islands remain uninhabited. The true luxury of the Quirimbas Archipelago is its fragile beauty and the unspoilt charm and dignity of its inhabitants.

Quirimbas Archipelago islands were occupied by Arabs from the 10th century, later controlled by the Portuguese, from whom Mozambique gained independence in 1975. Some of the islands are permanently inhabited; others are simply bases for fishermen. Most are simple in the extreme, a few have a natural water supply, and some are offering places to stay, as are places on the mainland, close by. Time to cease hovering between heaven and earthly paradise, and to explore.

Best are the winter months, between May and September, although the summer season brings only brief, intense showers. Diving and snorkelling are good year-round, as is game fishing. Humpback whale sightings are most common between August and October. Bird watching is best in November and December during the hot, rainy season. 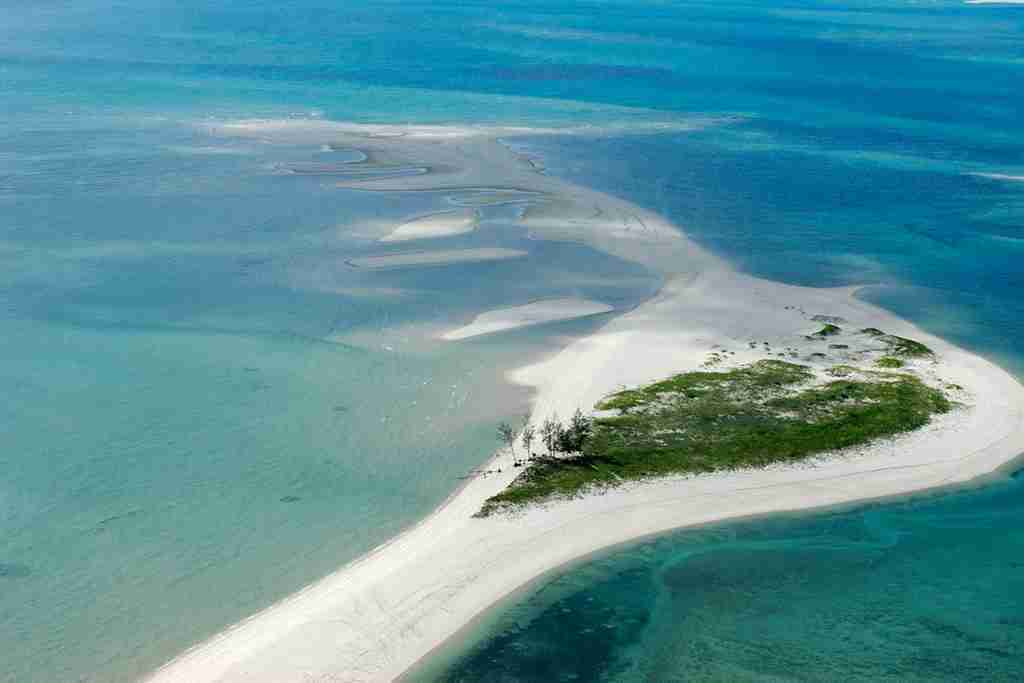 Overview
Ibo, the best known of the Quirimbas islands, is a one-of-a-kind place that rivals Mozambique Island as one of the nation’s historical highlights. Its quiet streets are lined with dilapidated villas and crumbling, moss-covered buildings, and they echo with the footsteps of bygone centuries. Architecturally Ibo is relatively open, with wide streets rather than narrow medieval lanes, although its ambience is strangely insulated; the population of around 3000 is concentrated on the island’s northern tip. The best time to visit is during a clear, moonlit night, when the old colonial houses take on a haunting, almost surreal aspect. Ibo doesn’t have many beaches, but as compensation there are magical sunset views over the mudflats just north of the tiny port. With some time, you can also take day excursions to a nearby sandbank or to a lovely patch of beach on the other side of the island.

Activities
Water sports are popular on Ibo; diving heads the bill, closely followed by dolphin safaris and kayaking. The birdwatching is also good, while a historical tour of Ibo’s Stone Town is practically obligatory for anyone with an interest in the island’s past.

Flights & Getting there
Air – Charter flights from Pemba land at Ibo’s tiny airstrip about 15 minutes’ walk from the town.

Overview
Situated in the Quirimbas Archipelago off the coast of northern Mozambique. The island of Medjumbe lies about 130km north of Pemba, and about 40km north of Matemo. Medjumbe is stunning, small Private Island and its size gives you a feeling of exclusivity and it boasts pristine powdery beaches

Flights & Getting there
45 minute scenic helicopter transfer from Pemba Airport to Medjumbe Island treats guests to a spectacular bird’s view of the paradise that awaits them.

Overview
Surrounded by white sandy beaches and the deep blue ocean, Matemo Island is located in the beautiful Quirimbas Archipelago in Mozambique. Situated only a few metres away from the warm Indian Ocean it offers spectacular sunsets, unspoilt beaches as well as the incredible world of marine life that inhabits the Quirimbas National Park. At Matemo Island guests can discover the beauty of Mozambique from dawn ’til dusk combined with unsurpassed hospitality.

Overview
A slender coral island just off Mozambique’s remote northern coast, Vamizi Island is part of the Quirimbas Archipelago. Vamizi and the surrounding islands represent one of the world’s most important regions of bio-diversity and a sanctuary for some of the most significant and threatened wildlife habitats in the western Indian Ocean. Over 180 different species of coral and more than 300 species of reef fish have been recorded.

Flights & Getting there
Fly into Pemba International Airport and transfer to Matemo via light aircraft (transfer duration +/- 20 min).

Flights & Getting there
Air – The recommended way to get to Quilaluia is by helicopter transfer from Pemba.

Which Island Is the largest?
Ibo is the largest Island forms part of the Quirimbas National Park and is linked by dhows to the mainland at Tandanhangue. The small town of Ibo ranks among Mozambique’s most ancient settlements.

How to get to the Quirimbas Archipelago?
Quirimbas Archipelago is most easily reached from Dar es Salaam in Tanzania. Approaching from the south is usually more expensive and time-consuming, and it can involves flying via Maputo and other towns. Currently Air Mozambique flies between Dar and Pemba daily. Other airlines are promising new routes the future, including a direct flight between Dar and the archipelago.

What currency should we bring and are credit card facilities available?
In Mozambique, the Official Currency is the Metical. US Dollars notes are accepted. Local currency is preferable and must be purchased before you travel. Remember: traveler’s cheques cannot be changed in Pemba, there are no ATM’s at Pemba airport and ATM’s in Pemba town are often off line. Some places to stay accept credit cards but bring plenty of cash just in case.

Which island has the best house reef?
The house reef of Quilalea Island and Vamizi Island are the top contenders. 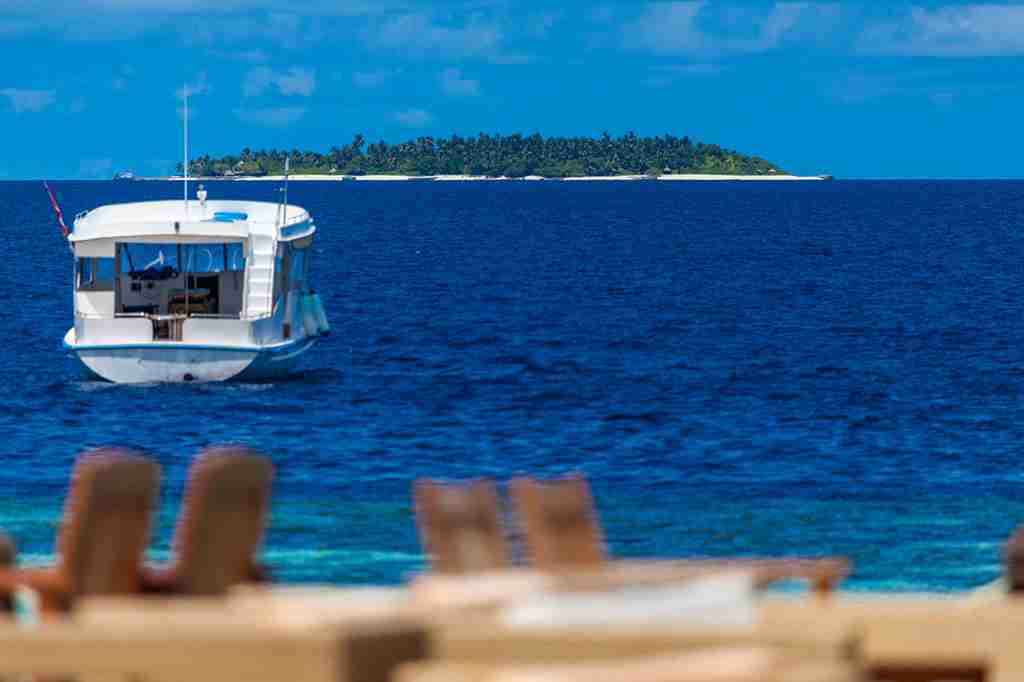