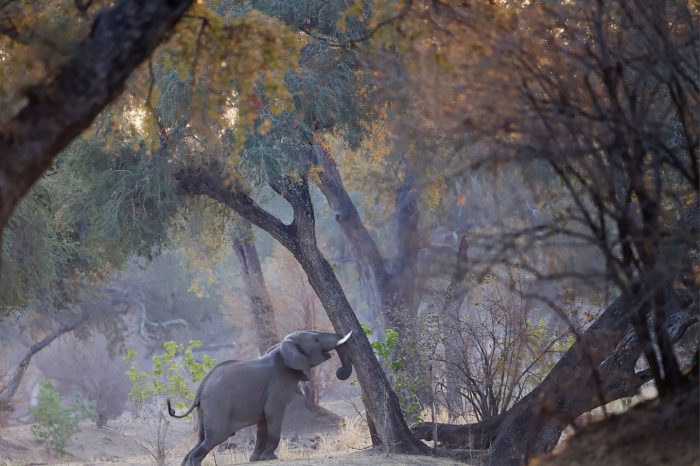 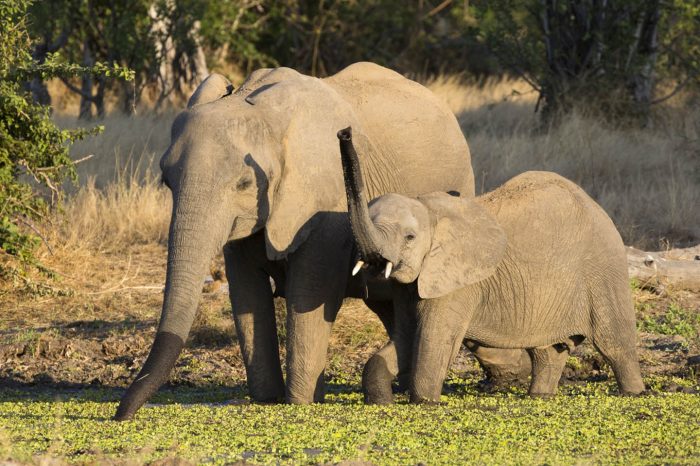 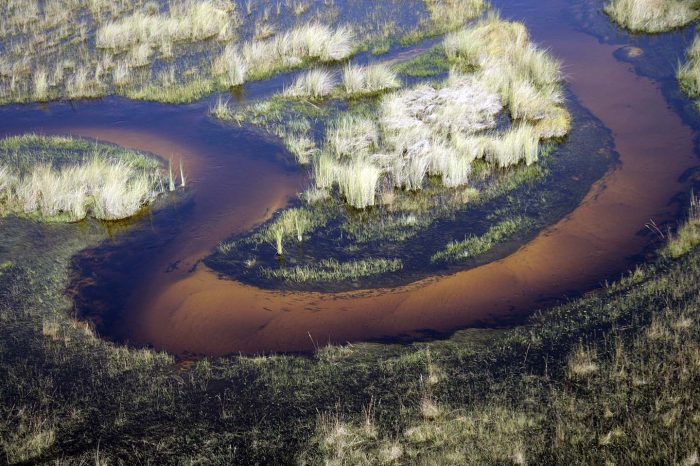 This safari tour is fixated with absorbing the enriching and super amazing game viewing in the Okavango Delta, Linyanti safari area and the Sabi Sand Private Game Reserve. Furthermore, you will enjoy some memorable nights … 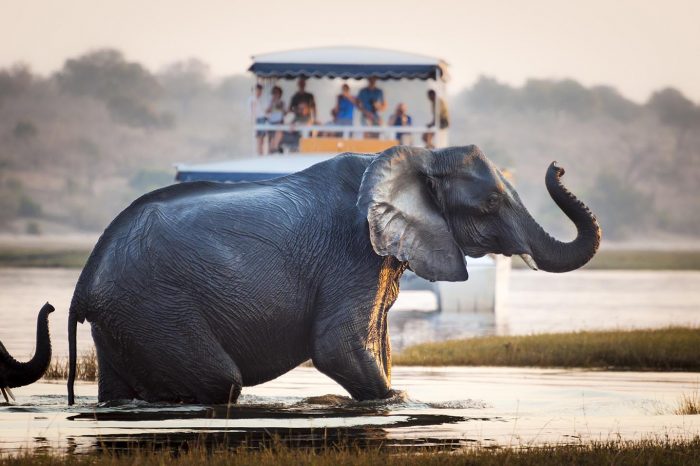 Rafting Season (Aug to Dec)
From: 67 845 Rands Per Person Sharing

This twelve-day tour is truly spent on audacious activities found throughout Southern Africa. Adrenalin activities undertaken are the climb to the top of Table Mountain, cage dive with great white sharks and white water rafting …

Mana Pools is deservedly one of Zimbabwe’s natural gem wildlife destination and the park facilities can become stretched in the main winter season. Mana Pools National Park is situated in the far north of Zimbabwe, in the Zambezi river valley. It is one of the few wilderness areas where it’s possible to explore on foot or by canoe. It’s a pristine, unspoiled paradise, with abundant game, spectacular scenery and an incredible variety of birds.

Mana Pools National Park is 2,196 km² in extent but is part of the 10,500 km² Parks and Wildlife Estate that runs from the Kariba Dam in the west to the Mozambique border in the east. This large area is without physical boundaries and the wildlife is free to move throughout the area – even northwards across the Zambezi River into Zambia, where there are also large wilderness areas set aside for wildlife conservation. The Park is a World Heritage Site and is also part of Zimbabwe’s first biosphere reserve as UNESCO.

Following the land apportionment act of the 1930s, Chief Dandawa and his people were relocated from the Zambezi Valley in 1958 and resettled to the area now called the Rengwe Communal Lands. Only in 1963 was Mana Pools declared a National Park, and it was not until 1988 that the area was declared a UNESCO World Heritage Site. In terms of the archaeological history, forest of ‘petrified’ wood exist not far from Katanga Pan and within the Zambezi Valley. Persons with special interests, especially in the archaeological fields, will travel from all over the world to visit these sites and there is hence a need for the area to be guarded jealousy.

This stretch of the river is named for its four main pools (‘mana’ means ‘four’ in Shona) – Main, Chine, Long and Chisambuk – remnants of channels of the river that stopped flowing years ago. These and smaller seasonal pools further inland hold water year round, drawing all manner of wildlife and waterfowl during the dry season. The ana trees that characterise the floodplain shed their protein-rich pods during this time, providing vital sustenance for many species, particularly elephant. Wildlife viewing is excellent, and birdlife is superb, particularly woodland and riverine species.
During the dry months of May to October, the Mana Pools National Park attracts a high density of big game into the riparian woodlands, which include elephant, hippopotamus, buffalo, greater kudu, eland, zebra, lion, leopard, impala, waterbuck, warthog, baboon groups and vervet monkey groups. The area once had healthy rhino population was decimated by poaching and this led to their translocation to safer areas where they previously existed.

The park is closed during the rainy season from late November until April. From May, animals come from far and wide to drink from the water of the Zambezi, which gets trapped in four pools that form on the flood banks.

1. Unique Park
This national park has been set aside to be kept as wild as possible with only non-invasive, zero-impact tourism allowed. There are no safari lodges, generators, electric fences or other structures associated with safari camps as these are banned by law. All mobile camps must be taken down the day visitors depart to ensure minimal damage to the ecosystem.

2. Birder’s Bliss
With over 380 birds recorded, Mana Pools is a great birding destination. The range of habitats includes woodland, escarpment cliffs and savannah. Waterbirds are well represented along the shore of the Zambezi River and the four pools, which fill up with flood water during the rainy season.

3. Unguided Walks
The park is unique in that self-guided walks amongst many wild animals is offered. The option of hiring a ranger is also available.

Getting there
By Air
Mana Pools National Park is roughly 280km from Harare and is typically accessed via charter flight from either Victoria Falls or Harare airport. From Harare, the charter flight is around 1 hour and 30 minutes, while the flight from Victoria Falls is 2 hours and 30 minutes. Overland from Harare, the drive is roughly 5 hours, so flights are recommended to maximize time spent on safari rather than time spent in transit.

Weather & Best Time To Visit
Between July and October, it is high and dry but from December through to late May or into June, the rains and flooding of the Zambezi turn the dust into a sticky mud-mire and movement is rather curtailed. October can be scorching hot but it’s when the wildlife is thick on the ground around the river and you’ll be tripping over elephant, buffalo and lion and all the rest.

Medical Considerations
Mana Pools National Park is situated within a high malaria risk area, and anti-malaria safeguards ought to be consulted with your personal medical practitioner when you are scheduling your tour to Southern Africa. Further than that, make sure that all your regular vaccinations are up to date.

Health & Safety
Mana Pools National Park is isolated and therefore this setting makes it very intimate and of personal nature. Crime is a rare occurrence and appropriate action may be taken should you sense the need to secure your valuables.

Activities at Mana Pools are focused on the mighty Zambezi river and visitors can select among a variety of thrilling escapades.

Unguided / Guided Walking
One of the unique characteristics contributing towards Mana Pools’ repute as a global brand is the freedom in which visitors experience the wilderness in a prehistoric way. Mana Pools is the only National Parks in Africa with dangerous big game that permits unescorted walking. Alternatively, you may opt for ranger led guided walking safari into the wild.

Fishing
Mana Pools is well-known for some of the best tiger fishing spots in Africa. Keen anglers will thrill to the fight as they probe to slow-moving river waters in search of this monumental rival. Other fish species that are frequently caught include catfish and barbel, or tilapia bream. Fishing is great in the early morning or the afternoon.

Game Drives
Traditional game drives are in an open sided four-wheel drive vehicle in the morning and in the late afternoon or early evening.

Canoeing
Canoeing is an outstanding way to experience the Zambezi Valley wilderness, and particularly Mana Pools National Park. Gliding down the river, between Mana Pools and Zambia’s Lower Zambezi National Park, the wilderness encircles you truly is one of the ‘classic’ African safari experiences.

Do I need to take precautions against malaria?
Malaria is prevalent in Mana Pools National Park. Be sure to discuss anti-malarial prophylactics with your personal physician before your travels.

Is it safe to walk around?
Mana Pools is the only Big Five park in Africa where tourists are allowed to walk around by themselves. However, it is recommended that you book the services of a ranger should you undertake a safari walk. As always, treat wild animals with respect and do not get too close

Is it safe to swim?
Owing to presence of hippos and crocodiles, the rivers are not safe for swimming, but the lodges do have swimming pools available.

Is there more than one park in the area?
Yes, Zambia’s Lower Zambezi National Park is right across the Zambezi River. It is known as Mana Pools National Park’s ‘sister park’.

Can you fish in the river?
Yes, fishing is very prevalent in the Lower Zambezi.

Is it safe to canoe on the river?
Yes – simply observe the advice of your guide at all times and steer clear of paddling too close to wildlife where possible. 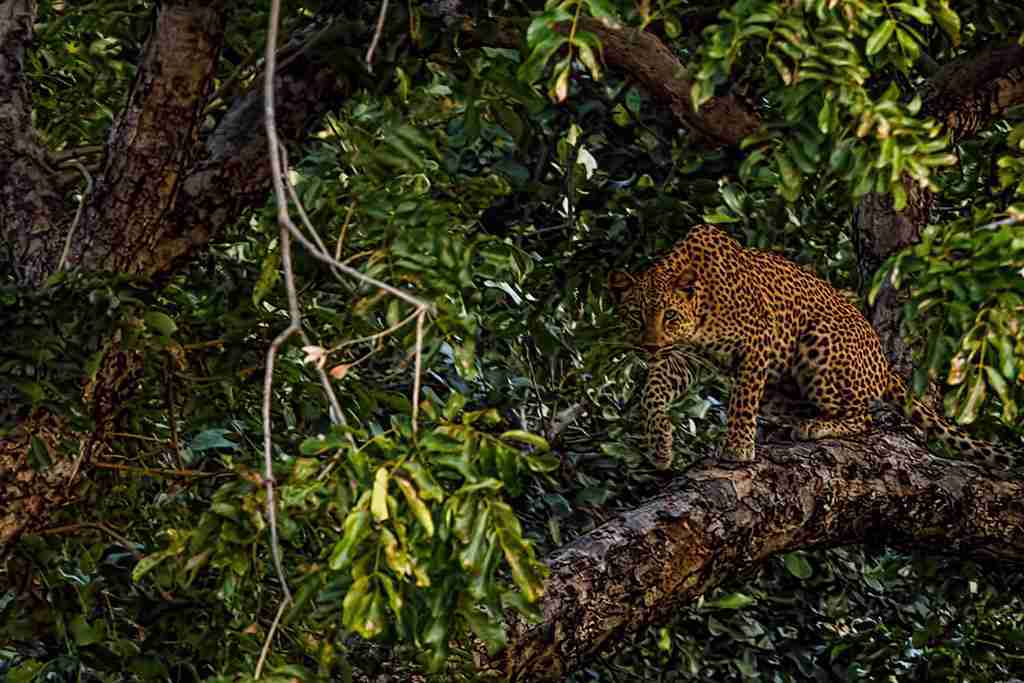