A pangolin sighting in the wild after a 53-year search

Which one of the following is real? Big Foot, the Loch Ness Monster, unicorns or pangolins? It’s not a trick question, but I had almost come to the point where I thought pangolins were also 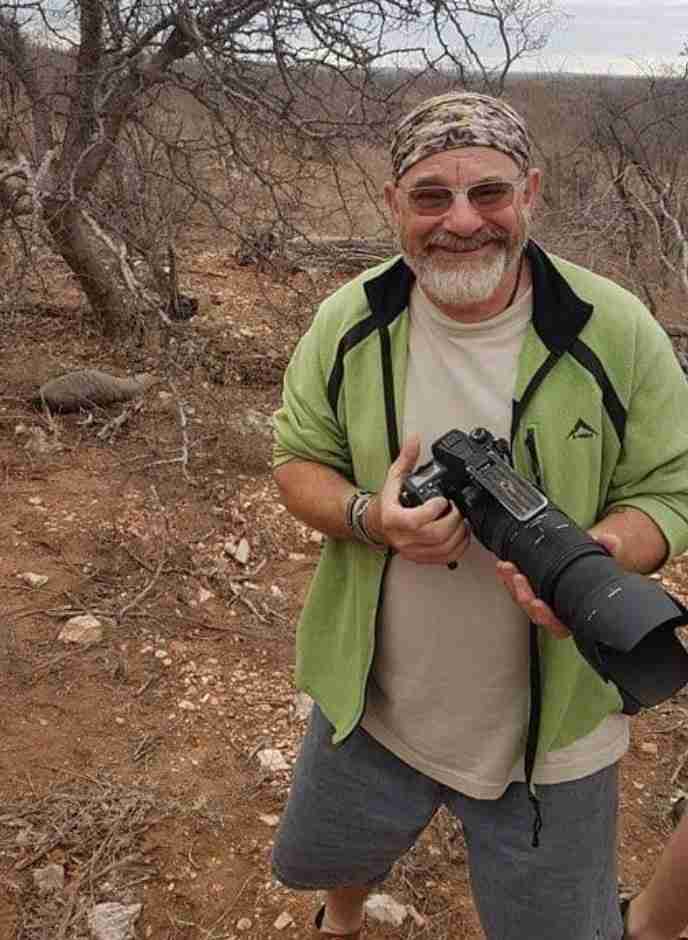 mythical creatures. In fact, it had been on top of my WLWL (“Wild Life Wish List”) since my 13th birthday in 1966 when my present was a trip to the Kruger National Park.

In the intervening years, every time I visited a lodge and the field guides enquired about favourites, “pangolin” was the first word out of my mouth. That changed on a recent trip when I broke that tradition and requested hyena instead. Perhaps it was a way to trick Murphy’s Law and then perhaps, just perhaps, my wish to see one would come true.

We had started a morning drive when a garbled call came in over the radio. We all thought we had heard the word “penguin”. But how would you spot an Antarctic creature in the middle of the South African bush? “Repeat please” was the immediate instruction from the field guide. “PANGOLIN” was the response. STOP THE VEHICLE! Was my dream finally about to become reality?

We turned around and set off in the direction of the sighting. Finally we arrived and the guide pointed excitedly to a spot under some branches. I held my breath as I peered into the undergrowth. 53 years of waiting finally came to an end! There it was! Curled up and trying to make itself as inconspicuous as possible. The most trafficked animal on the planet lay (almost) at my feet.

This animal had been top of my list for so long that there is not even a number two to take its place. I was also concerned that it would stay in this position indefinitely and a small portion of the pangolin was all that I would see. However, once all the vehicles and their guests had left the area, a tiny face slowly peered out of the undergrowth. Then I saw a snout…

Although the front feet have several huge claws, those are used for digging and not as a defence. Their major form of self-protection, rolling into a tight ball, is also their biggest weakness. When they are in this position, they can be picked up and placed in a container without any resistance.

Still uncertain of the threat posed by those still at the sighting, it rolled into a partial ball and ended up looking like a giant artichoke. Finally, it crept out of the safety of the branches and proceeded to scuttle across in front of me. I could have wept. Not only did I get to spend 90 minutes with this armoured marvel but to be this close to one was a once-in-a-lifetime experience. Then off it went…

The name, pangolin, is derived from the Malay word ‘pengguling’, which means ‘rolling up’. This elusive mammal is, unfortunately, on the brink of extinction and has been classified as “critically endangered”, mainly due to the fact that it is the most trafficked of all the wild-life species. They are being taken out of the wild at a rate of one every five minutes.

Their scales are not as valuable as rhino horn ($6000 per kg) but can fetch in excess of $3000 per kilogram on the black market. They are utilised in both local and international traditional medicine markets. Being made of keratin, the same as our fingernails, they have no known medicinal properties at all. But that does not stop the poachers from catching and killing them for both their meat ($300 per kilogram) and their scales. The latter, dried into a powder, supposedly help with a variety of ailments, from lactation difficulties to arthritis. Once again, there is no evidence of this.

I am both grateful and blessed to have had this opportunity to finally get to see my “unicorn” and to share the experience with like-minded people.

A pangolin sighting in the wild after a 53-year search
We use cookies on our website to give you the most relevant experience by remembering your preferences and repeat visits. By clicking “Accept”, you consent to the use of ALL the cookies. Read More
Do not sell my personal information.
Cookie settingsACCEPT
Manage consent